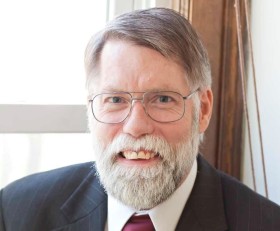 The following article is reproduced from The Gospel Witness 65.6 (1986): 22 (102) with permission. The Gospel Witness is a publication of Jarvis St. Baptist Church in Toronto, Ontario that would devote one issue per year to Toronto Baptist Seminary. Dr. Peter Gentry taught the biblical languages faithfully at Toronto Baptist Seminary from 1984–1999 and 2008–2017, and he still teaches at The Southern Baptist Theological Seminary in Louisville, KY. Enjoy!

During the past fifteen to twenty years many Bible colleges and seminaries have reshaped their curricula and programmes, cutting content-oriented requirements like Biblical languages, church history, exegesis of the original text and systematic theology in favour of method-oriented requirements such as Christian education, counselling skills and psychology. Certainly a balance between content and method must be maintained, but the present trend tends toward highly skilled communicators and counsellors with nothing to say.

The explosion and proliferation of knowledge in recent years is absolutely staggering and has compounded the problem of balancing content and method by aggravating the dichotomy between pastor and scholar. Many allocate an ability to use Biblical languages in original exegesis to scholars only and picture the pastor more as a master of people skills.

We at Toronto Baptist Seminary and Bible College believe that a pastor must have a measure of academic excellence and biblical scholarship as well as the heart and skills of a shepherd; he must have content and practical skills and both in balance. We cannot yield our curriculum to modern pressures and unbiblical models of pastor and scholar from the worldly-wise. Church history furnishes for us examples of the balance of which we are speaking. Students at the University of Halle during the time of founder and pietist Philipp Jakob Spener were required to read the Greek New Testament twice a year and the Hebrew Old Testament once a year! Francis Asbury, the leader and organizer of American Methodism, was an experienced circuit rider and rode hundreds of miles each year on horseback. He carried in his saddlebags a Hebrew Grammar and Old Testament, a Greek Grammar and New Testament along with two volumes of Wesley’s Sermons. 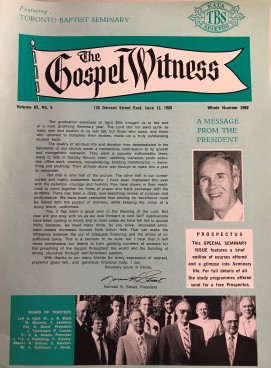 Devoting fully one-fourth of the Β.Th. programme to Greek and Hebrew skills is certainly not following the trendy come-ons of our age. During a course in Greek, B.Th. student Dale Nevelizer plunged into the sea of exegesis of the Greek New Testament. The complexities of textual criticism, grammatical and structural analysis, cultural and historical background, exegetical, lexical and theological problems were like mountainous waves threatening to sink him. Sitting down to meditate and sweat over the text before reaching for the commentaries so that the commentaries do not rob one of the joy of discovery made Dale wonder at times if it was worth it. He confessed at the end of the course that there was more blood, sweat, toil and tears here than he had ever known. Yet here, he admitted, were results that were lasting, rewarding and eminently worthwhile.

Although Christians commonly expect that God has to put the “cookies on the bottom shelf,” Scripture says:

If you look for it as for silver and search for it as for hidden treasure, Then you will understand the fear of the LORD and find the knowledge of God. Prov. 2:4,5 (NIV)

The curriculum at our school is designed for the average student, not for the genius. We recognize that God does not cut corners in developing leaders and offer us instant formulae for success. Biblical languages are learned more by hard labour than by genius or innate skill, contrary to popular thinking on the subject. Language tools are foundation tools for pastors and teachers. We cheat the next generation if we give them our heritage of theological knowledge without the ability to defend it or mine it themselves from the sources.

6 thoughts on “Peter Gentry on the Biblical Languages”